After a couple of months in the pool/gym my *ss is slowly getting smaller.

According to my pants, this is untrue.

Over the last week I’ve found three pairs of pants and one pair of shorts that have a rip in the back that I never noticed before.

The new unwanted vents are all in the same place.

Questions that arise are:
1. Are my newly rippled glutes just too much for the delicate fabric that has clothed man for at least a century and a half and said fabric withers at the mere thought of trying to cover up such amazing sculpture?
Or
2. Is my *ss is still just enormous and even tough denim can’t hold on tight enough and has to release the pressure through a new exit rendered out if desperation?

As I write this, I’m contemplating if my decisions are right, if the swimming is going to eventually pay off (I think it will) or if I should just give in and eat the donuts (hmmmm, it DOES sound interesting).

I think I’ll put the blinders on and try to believe that although my pants are giving up the ghost, it’s due to the fact that I haven’t bought any new ones for a while & they’re just threadbare.

I’m headed out for some new ones today.

Maybe a donut along the way though… 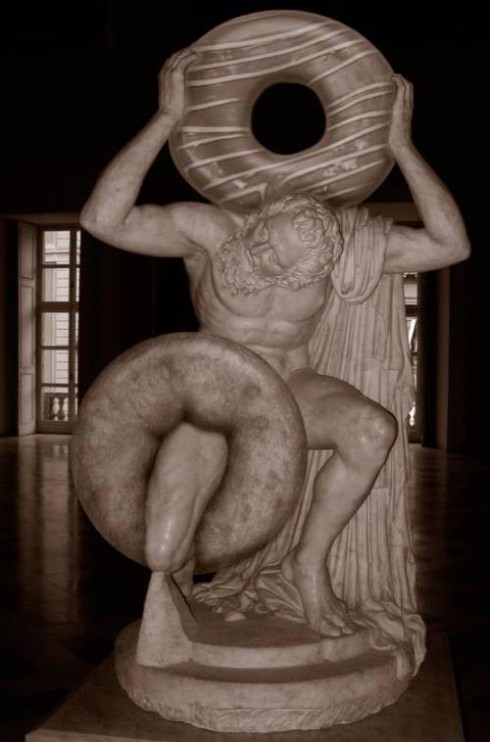